There are true Millennial leaders, but their voices need a platform.

The Prez Candidates on Net Neutrality

See who supports them, and you know their position. Simple enough. 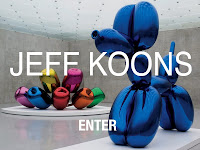 I am at the Free Culture 2008 Conference at UC Berkeley. After coming off of working on Lessig's Remix, interesting to hear the perspectives involved in Remix culture.

**Remix has more meanings that one.

**Distinctive nature of Baltimore Club music, picking up on what has been remixed to produce the songs (A little of The Police at 11:32 a.m., the Spiderman theme song, and disco--Also, It Takes Two to Make a Thing Go Right)

Much of our popular music calls on common history.

When and how you can use existing works to create new ones...Campbell v. Acuff Rose--2 Live Crew case

"Might not be an 'aesthetic improvement' over the original song"--case focused on what YOU actually did with the copyrighted work--Ah, yes, was it TRANSFORMATIVE.--2 Live Crew as a Parody

No answer to the sampling question yet--> law is moving in the right direction, law can be pushed to a place where a right to use music to make new music will be embraced

Got to push FAIR USE!

Even Biggie got sued...Bad Boy built on unlicensed samples. Nobody argued Fair Use. "Combs dropped the ball, he did not pick up the fight."

"We don't know if fair use works because no one has picked up the fight."

Tom Forsythe--Barbies and Fair Use

Jeff Koons--Niagara--borrowed one of the pairs of feet which appeared in Allure...Gucci sandals...How I loved Art Law! (Court focused on transformation, OK for Koons to use the photo)

Parallels to Remix with Music...Got to bring this into music remix.

Global network of collaborators based on Creative Commons licenses

The issue is using music as the background music for a non-profit documentary.


Whether Girl/Talk is fair use or illegal art?

Falzone-hard to translate literary and artistic paradigms to music
Posted by Gagnier at 11:15 AM No comments:

This weekend at Berkeley.


http://conference.freeculture.org/
Posted by Gagnier at 2:31 AM No comments:

As I meet with people in LA and work on expanding my business, I have people referring to me as a "lawyer." I politely correct them (**State Bar, I should get some bonus points for that), and let them know that I will not be official for another 42 days. (If I pass that is...knock on wood, throw salt over my shoulder, pray).

So, for now, I will call myself a "legalista." As I define it for now, it for women in the interim period to esquiredom.

Itching to practice...
Posted by Gagnier at 2:14 PM No comments: 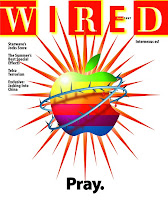 Just found this from a presentation I did a while ago...as I type on my Macbook and check my Iphone.
Posted by Gagnier at 6:05 PM No comments: